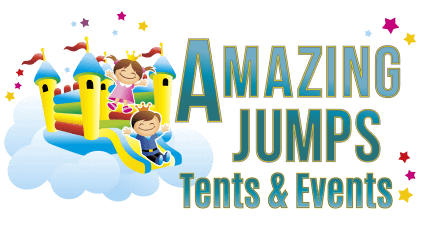 Inflatable Water Slides for Adults- Yes Adults can have fun too

Practically everyone who is an adult remembers their first Slip N Slide… Man what fun to run, flop on your belly and slip down the vinyl waterway like a bat out of hell.

The original Slip N Slide, introduced by Wham-O, was 30 feet long, 40 inches wide, and had some kind of lubricant molded into the vinyl that caused kids to slide like a human projectile across their yard. All they needed was a water hose, the Slip N Slide, and a place to launch themselves.

So versions of the Slip N Slide have been along for a long time, and not only adults remember them, now that they have kids of their own, they want to re-live their childhood along with their kids.

There’s just one problem…running and then sliding on their belly or back is a child’s pastime… their bellies and backs are practically bulletproof when they are 8 or 10 years old. For most adults, if they tried that almost 50 percent would need to see their doctor the next day.

There is a solution, however, to thrilling the kids and reliving their youth at the same time, and the answer is called an inflatable water slide for adults.

Popular at birthday parties and 4th of July family picnics, water slides can be rented for a couple of hours or a day, and while some inflatable water slides are clearly intended only for children, a surprising number of them are built for adults.

Safe for adults because you don’t run at speed and then land either on your back or belly, inflatable water slides are designed for adults up to around 300 pounds (be sure and read the promoter or manufacturers’ safety information for weight limits) and to be slid down in a forward, seated position.

Although the ride is plenty slippery, adding a little bit of dish soap will make it that much faster.

As final impact is the main barrier to less flexible adults enjoying a water slide, there are two alternatives. One of course, is to let your body slam into the inflatable walls, which are fairly soft, but still can be jarring, hence the inner tube idea.

The other method, and actually the preferred, is to rent or buy a water slide that is open-ended at the end.

You have your choice of filling a small landing pit with plastic balls, and thus you land in a pit of easy to land in giveable balls. Or, the preferred way, if you are near a swimming pool or a lake, is to have the adults land in water after they slide down.

Believe it or not, the original Wham-0 company that invented Slip N Slide, stopped selling them for several years in the late 70s and early 80s due to being sued by numerous adults who claimed injury by using them, even though the toy was clearly labeled for use for “children 10 or 11 years old and younger.

However, by using an inflatable waterslide where adults get on it through steps, sit down on either their bottoms or an innertube, and cushion the landing either by a pit of softballs or a lake or swimming pool, adults can enjoy all the joys they experienced in their youth with none of the injury problems.

How much does it cost for waterslide rentals?

The going price is typically around $300 per 4 hours for a waterslide rentals, which is very affordable for most people.

The rental company will inflate and deflate the water slide as part of the deal and generally, a waterslide rental is a whole makes a huge hit not only for the kids but the adults.

Have questions? We have answers! Can’t find what you’re looking for or curious about one of our products? Don’t hesitate to give us a call or use our contact form to reach out to us anytime!

Delivery fee may apply outside of Albuquerque/Rio Rancho.